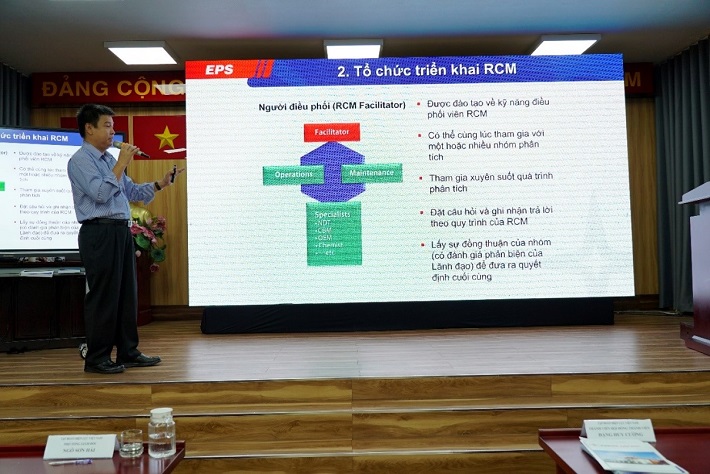 Mr. Ngo Son Hai - Deputy General Director of EVN spoke at the training course: “EVN has enough potential in finance, technology, human resources ... to deploy RCM. However, in order to successfully implement RCM, it is very necessary to change the thinking, working philosophy, outdated processes/procedures of all leaders, managers, and employees of thermal power plants. Through this training course, it does not only help the trainees get acquainted with the RCM but also help the trainees understand more deeply the subtance of problem when applying RCM in maintenance. However, RCM training is a long term program. Therefore, in order to effectively implement RCM, Mr. Ngo Son Hai also suggested that, after this course, Corporations / Companies / Factories also need to actively organize suitable training in order to faster and more effective deployment of RCM in the coming time. In addition, it is necessary to build learning programs and benchmarking with domestic and foreign companies that have effectively implemented the RCM.

Attendants of this training course

KTT is authorized dealer of ADASH in Vietnam market.